THE BOOK that you are about to read contains two perspectives - metaphorically and physically.

One part of it is a selection of creative and beautifully executed photographs of Swedish innovations, captured and interpreted by independent Indian photographers against India’s varied backdrop, as part of a photo competition titled Swedish Innovations, Indian Interpretations.

The winner of this juried competition, Mr. Abhijit Chakraborty, was awarded a trip to Sweden. Through the lens of his camera and his own inspired perspective, the young graphic designer from Kolkata captured his first impressions of Sweden in its full glory in the summer of 2013. Turn the book around and you have Sweden through Indian Eyes.

The product is truly Indo-Swedish in spirit and symbolizes the importance that both our societies attach to openness and innovative thinking towards creating a better understanding of the world we inhabit and towards co-creating a better future.

There is a third and, aesthetically, a very important aspect to the book: the stylized calligraphy by Swedish calligraphy artist and social entrepreneur Ms Tanja Kisker who generously and enthusiastically added another dimension wave of her hand!

I hope you enjoy this book as much as we did – putting it together.

Ambassador of Sweden to India 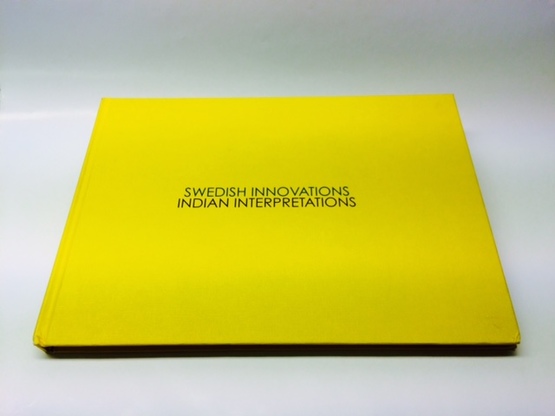